Dallas, TX (Sept. 14) - Reggie Newton picked up his first golf club at 15. Immediately in love, he only wanted to learn more and improve his game.

Before high school, Reggie was not familiar with golf, let alone swing a club. He was introduced to the sport by his uncle, who had encouraged him to play for years. After his first experience, not only did he immerse himself in the sport, he was getting good.

His competitive spirit drove him to his first goal, beating his uncle, but in a matter of months, he joined his high school golf team and qualified for the state golf tournament. After two years of high school golf, he accepted a full golf scholarship to Jackson State University in Jackson, MS.

Along the way as a youth, he met supporting and genuine people, including Chuck Walker, one of the founders and Executive Director of the I AM a Golfer Foundation. Chuck became a mentor, friend, and brother.

“Reggie's been independent and a star in his own right ever since I've known him. The biggest thing we did as an organization was surrounding the kids with positive, caring mentors. The kids learned from all of us and it's great that we were able to provide them with a variety of positive examples,” said Chuck. “The other big thing we did was connecting them to a peer group of young people who were all moving in a responsible, positive direction. They learned from and challenged one another, and I feel that accountability to one another is the reason they've all done well.” 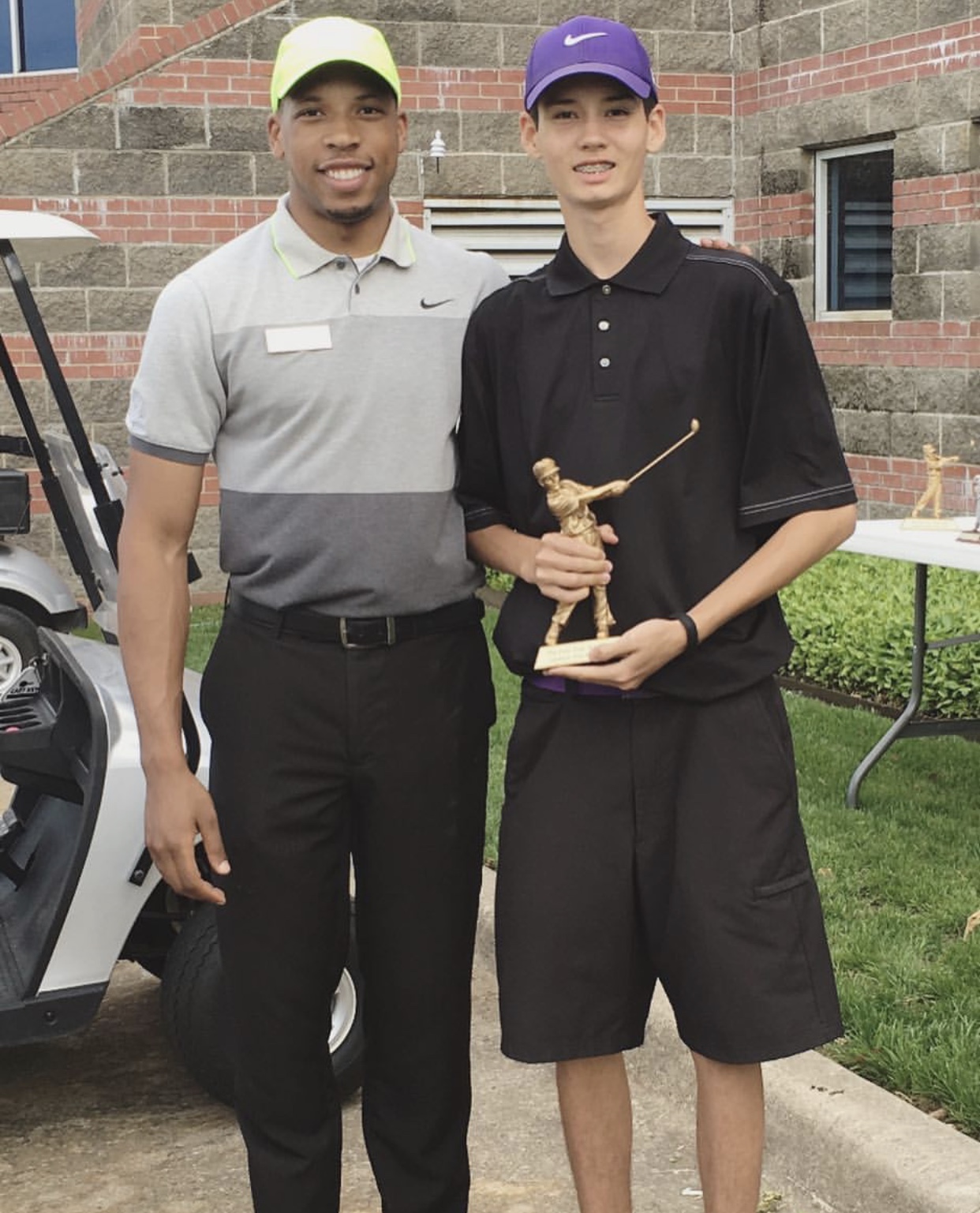 The game has shaped Reggie in many ways. He attributes the game to teaching him many life skills, opening new doors, and offering incredible experiences and opportunities. After graduating, he determined that he wanted to give back.  He spent eight years working with the First Tee in Knoxville, TN and was later recruited by Chuck (who at the time worked for The First Tee in Dallas) to join the Dallas base team. This helped Reggie build his trajectory.

After arriving in Dallas, Reggie instructed at Cedar Crest as a First Tee golf instructor. Spending time at Cedar Crest revived many childhood memories. The families and kids that he coached were from neighborhoods that are near and dear to his heart. Working with children with similar backgrounds and stories to his has been quite fulfilling. His life changed once he was introduced to golf and had the opportunities to participate fully and work to do the same for other kids. Cedar Crest became his hub, his day-to-day office, a second home for him. 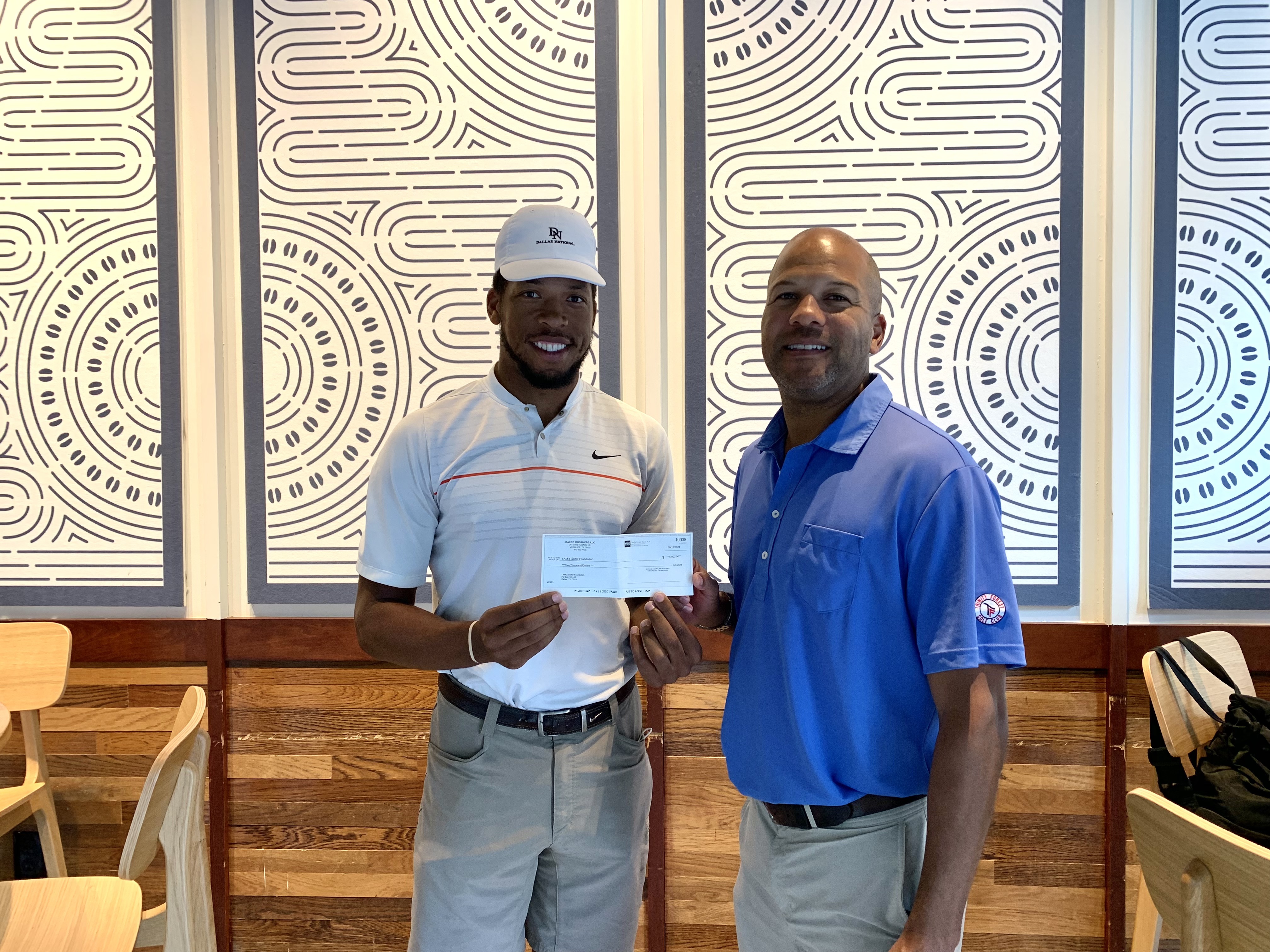 “I wish I could give more but this is a start, and the program will continue to grow and so will my donations. All the work, time, and money are all about giving back. I cannot repay what golf has brought to me, the people and opportunity in my life.”

This personal motto inspired him to fundraise and support the foundation through his employer Baker Brothers. This generosity has become a special testament to the power and impact that organizations and mentoring programs such as IAMGF can have on the youth. For him to come full circle and be in a position to positively impact others in the same manner that he was impacted as a youth is remarkable. We are especially grateful to people like Reggie and companies such as Baker Bros for their support of IAMGF and our work here in South Dallas.

“I just want to say how appreciative we are for the support from Reggie and Baker Brothers,” added Chuck. “Typically, there's no better testimonial than a former participant coming back to speak about the impact of grassroots programming, but this gesture by Reggie goes beyond that and directly pays it forward so that the next young man can experience the life-enhancing values of the game and program.”